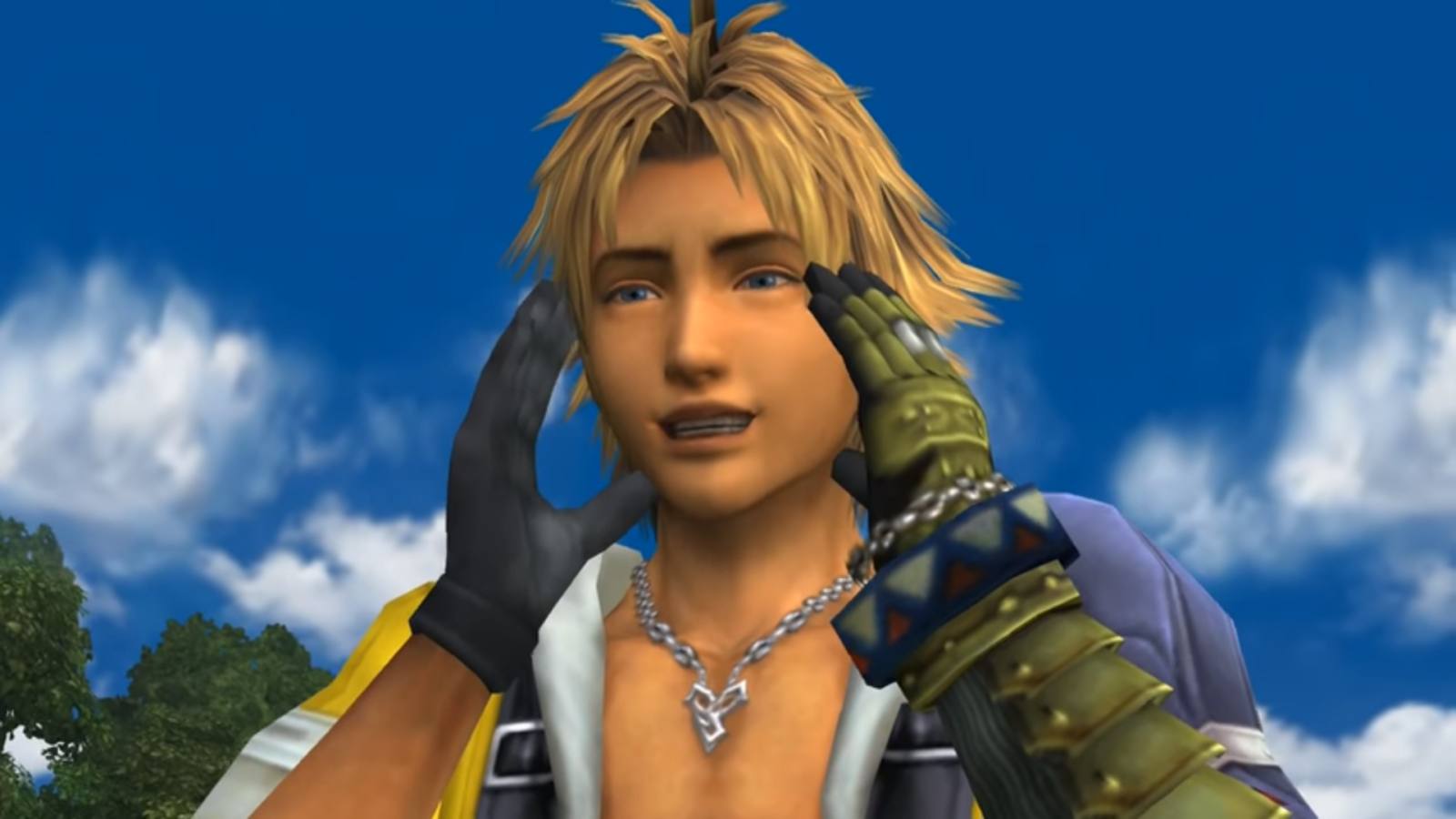 I think it’s perfectly fine to be a person who likes heavy story in games, but I think I’m not being unfair when I say people who want lots of story in their games have been generously represented since the 90s.  Story in video games is ubiquitous by this point, and there’s an abundance of games to choose from that involve lots of story and cutscenes.  And games that are “pure-gameplay” experiences without story are the minority.

I’ve certainly enjoyed cutscenes and story before, I’m not made of stone.  However, after playing so many games, cutscenes really start to wear you down.  They’re fine to put up with when you’re younger, but as you get older they start to feel like a nuisance.  I ultimately just want to play a game, and I’ve never once felt in my life that a game had too few cutscenes.

That being said, I don’t want to make the case that we need to start ripping all the cutscenes out of games.  If you’re reading this and you’re the type of person who wants a lot of story in your game, I think your preference is perfectly valid.  My point with this article is, if the majority of games are going to have story elements, they can be done in such a way that is unintrusive to people who don’t care about story.

I think there’s some improvements to cutscenes that can happen that will make life better for everyone, without annihilating a big part of games that so many people get enjoyment from.

Suggestion 1: All Cutscenes Should Be Skippable

I think this could be the easiest one to get everyone on board with.  You should always be able to hit a button to skip the cutscene and immediately jump to the next gameplay portion.  The simplest justification is, what if you’re playing the game a second time?  Should you have to watch the entire story again if you’ve already experienced it?  If the cutscene is a tutorial, shouldn’t you be able to skip it if you already know how to play the game?

It’s amazing to me how many games exist with unskippable cutscenes.  There’s a lot of them.  Worse, so many of them don’t seem to have a good justification for being unskippable. Why is this game’s story so important that it has to be mandatory?  How often is it the case that a player can ruin their own gameplay experience by skipping a cutscene?  I’m sure there’s cases where this is the fact, such as the story giving a clue how to solve a puzzle or explaining mission objectives, but I don’t think it’s that common.

Cutscenes should be optional, and there’s many reasons why they should be.

Suggestion 2: Gameplay Should Begin As Soon As Possible

I spend a lot of time combing through console catalogs trying to find good games, and the biggest roadblock is games that have excessively long story segments before the game even starts.  I’ve played games with about an hour of long, unskippable dialog before you even get to see what the game is even like.  And believe me, there’s absolutely no shortage of games like that.

Even though Magi Nation has witty, well-written dialog, wandering around talking to people for 30 minutes before you can get to the first fight is tedious.

It’s a lot easier to get into the story of a game if I know I like the game.  I’m willing to invest at that point.  But just reading or sitting through story when I haven’t even built any affection for the game itself is a chore.

Let me see if the combat is good.  Give me a taste of my character’s moves first and I’ll be in a more receptive state for you to start telling me your story.

One of the most common repetitive cutscenes in lots of games involves traveling.  It’s the little movie you have to watch when your spaceship is ferrying you to a new area, or you have to watch your character embark and disembark from a boat ride.  And in some games you have to watch it every time.  Watching an airship slowly take off and fly away is bearable the first time, but as the game subjects you to it more and more, the strain you experience increases.

Other examples are movies you have to watch when your character does a special ability.  Final Fantasy 7 is probably the best example I can think of.  How amazing are these cutscenes that I have to watch them so many times?  And a lot of these involve me staring at a slowly rotating dragon while he very slowly contemplates opening his mouth to fire a laser… it’s not so interesting or deep that I’ll get a new experience when I watch it again.

Some games kill you with a thousand tiny cuts too.  Zelda: Breath of the Wild makes you watch a short cutscene every time you want to cook food.  There’s no way to cook things in bulk, so you have to watch this for each and every item you make.  You can even skip the cutscene, but it takes a moment before you’re allowed to skip and it fades out slowly.  And the cooking cutscene is actually entertaining, and is enjoyable to watch more than once.  But 50 times?  100?  Even your most favorite YouTube video will have a difficult time surviving 100 watches.

If you’re cooking one meal, this wait seems reasonable. It’s when you have to make a lot of food that this starts to become agonizing.

Players shouldn’t be forced to watch the same thing over and over.  There’s better ways to make games than that.

I really like the cutscenes in the NES Ninja Gaiden games.  They’re fun and they feature great artwork, not even just by NES standards.

But, the best thing about Ninja Gaiden’s cutscenes is they always appear when the player is ready to take a break.  All Ninja Gaiden games are difficult, and the stress the player experiences builds to a crescendo on the boss fights.  Usually you’re holding your breath right up until the boss’s health is depleted, and you’re so wound up that you’re ready to set the controller down for a bit.  That’s when the cutscene starts playing and you find yourself in a good mood to sit and watch the story.  It’s a great flow, and I think it’s the chief reason why Ninja Gaiden cutscenes have such a good reputation.

These cutscenes are placed between levels and flow with the gameplay very well.  You can skip these cutscenes, but I usually don’t want to.

Bad timing of cutscenes causes a lot of friction with the player.  It can really be boiled down to those moments when the player wants to go, but the game is forcing them to stop.  There’s a way to find places in a game where a cutscene fits in nicely. I’ll never complain about endings, because everything is over and there’s no more gameplay to interrupt.

I think it’s a good idea for game designers to treat a player’s time as valuable.  A cutscene, no matter how bad, isn’t that big of a deal if it’s brief.

I think a big problem with game cutscenes is they aren’t put under the same time scrutiny as film or television.  Films have to be edited down because ticket prices are fixed, and theaters can squeeze in more showtimes per night if the runtime is shorter.  Television shows have to fit into predetermined blocks of time, so editing down is necessary.

Video games don’t have these restrictions, because they can be long or short.  Even worse, games are influenced by an economic pressure to take longer to beat so the customer feels like they get more value for their money.  I’ve definitely gone through long story stretches in certain games that really feel like they’re trying to “water down” their product to stretch out the playtime.

This results in cutscenes where the player can think to themselves things like “this scene is unnecessary,” “this dialog could be more concise,” “this establishing shot for the scene is too long.” Every film director has to always keep their film’s total running time as short as possible with every decision they make, but game developers don’t usually have that creative restriction.

Suggestion 6: Consider The Possibility That Your Game Doesn’t Need Story

Mega Man Zero and the subsequent Mega Man ZX games absolutely baffle me.  They have long stretches of dialog in the middle of an Mega Man game, and it just feels like chewing gum with peanuts in your mouth.

Ciel, I appreciate your help but do you think you could shut up forever please?

Sure, this is a subjective opinion of mine that a lot of people would disagree with, but does a Mega Man game become worse if it doesn’t have long JRPG-style text dialog scenes?  Would Robotron 2084 be better if in between levels you got to talk to the people you rescued, or is it just fine that the next level starts instead? I’m not entirely sure something like this would be better.

If you want story in your game, that’s fine.  And I do absolutely believe there are games out there that would be ruined if you removed all story and cutscenes from them.  But, I think it’s worthwhile to at least take a moment to consider the possibility that your game doesn’t even need any kind of story at all, because it’s very possible it might not.

There are many games that made the bold decision to just drop the player in with no tutorials or story at all, and they ended up selling well and being critically praised.  It’s not something all games should do, but more should.

You might have noticed that some of these suggestions solve the problem with cutscenes without needing the others.  Repetitive cutscenes aren’t bad if they’re short.  Long cutscenes tend to be no big deal if they’re able to be skipped or disabled.

Like I said up top, if you like story in your games, I think your view is perfectly valid.  Everyone likes different things in their video games, and your preference for cinematic, story-heavy experiences is awesome and I respect it.  I just think if games make a few quality of life adjustments to cutscenes and story portions, everyone can coexist a bit easier.

Please let me know in the comments how you feel about cutscenes!

24 thoughts on “The Problem With Cutscenes – Mike Matei Blog”